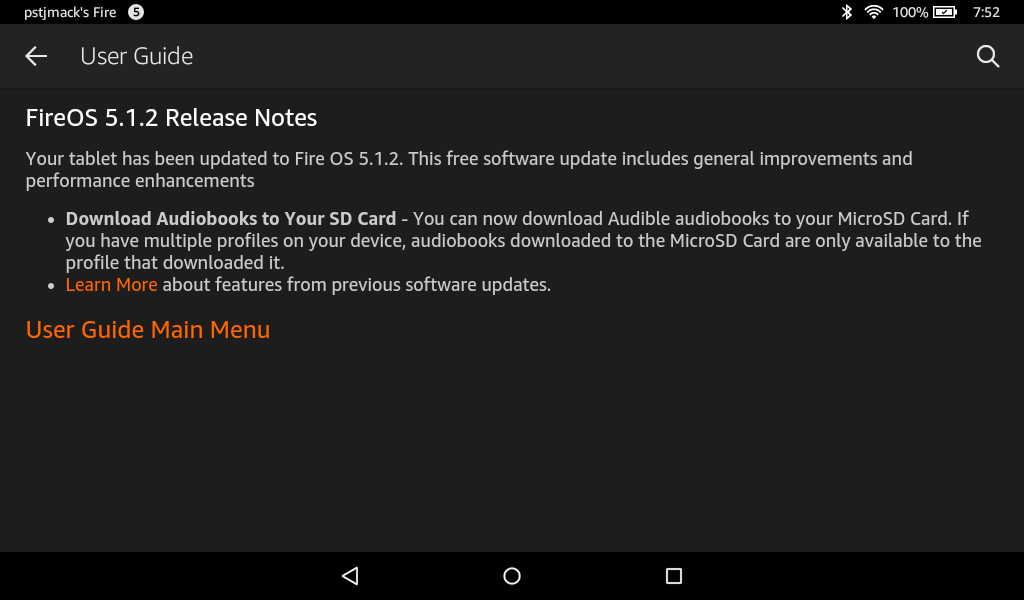 My $50 Fire quietly updated itself this morning (without asking) to Fire OS 5.1.2., according to the information from Amazon. According to that, it’s brought one major improvement – which may also have brought one problem. But more on that below.

Fire OS 5.1.2 has apparently been out there since end March, so I’m surprised that my Fire has taken this long to update. Other users have also reported some compatibility and upgrade issues with the new OS version, but I haven’t seen any of these myself so far. And as Amazon says, “you can now download Audible audibooks to your MicroSD card.”

This makes a lot of sense if Amazon is still prioritizing ebooks and e-reading as one of its core targets with the $50 Fire. Kindle Store books may not take up a whole lot of space on your Fire’s memory, but audiobooks certainly do. The huge file size of audiobooks for reasonably sized novels is still an issue for the format, and Amazon’s Audible is of course the leading commercial provider of same. Logically, Amazon would want users to be able to maximize the memory they have available for buying more audiobooks.

The upgrade did come with a glitch, however. You can see this below. The device wouldn’t recognize my micro SD card’s formatting after upgrade, and asked me if I wanted to reformat the card. This would have lost me all my EPUB ebooks and a whole lot else besides. Attempting to mount the micro SD card simply produced the same result. Fortunately, taking the micro SD card out of its slot and reinserting it fixed the problem, but it’s a worrying one to have. I’d hate to hit the wrong button in an unguarded moment and see my library gone.

Anyway, that’s my experience with the Fire OS 5.1.2 update, and I’d welcome other feedback on it. 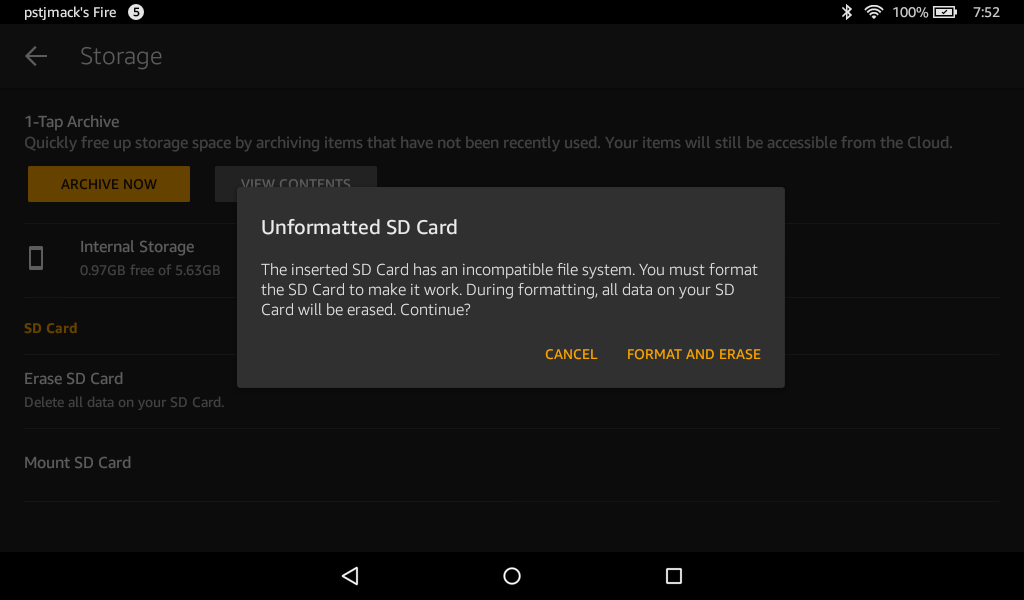