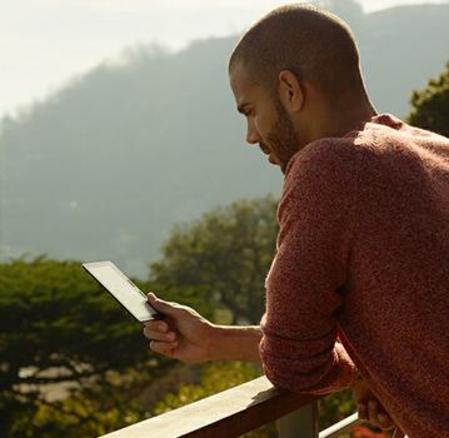 The first batch of Amazon Kindle Oasis user reviews are in, and many verified purchasers are happy with the product—though not all of them. An interesting thing about the reviews thus far is that, of the 14 that have been posted, they all fall either into 5-star raves (8) or 3-star “meh” (5). Nothing between and nothing lower. However, all but one of the 3-star reviewers said they were sending theirs back. Average rating is 4.3 stars as of this writing.

Five-star reviewers seem most excited by how incredibly small and light the device is, and how much better-lit than prior Kindles. Customers like the physical buttons and the excess battery life, and the convenience of the way they can shed the extra battery for extremely-light handheld reading. A common refrain is that it really does feel like a luxury product or a designer good, and is much easier to hold and use than prior iterations of the Kindle.

One user reported paying extra to disable special offers even though he enjoyed them on his other Kindles, just because that would let the device turn back on to the last page he’d read when he opened it instead of requiring an extra tap and swipe. “This small thing adds to the premium experience offered by the Oasis.”

One common complaint from the less positive reviews had to do with the lack of the “origami” cover design from the Voyager, that allowed the reader to stand on its own for reading. The lack of the Voyager’s adaptive lighting was also mentioned. Others found the device to feel awkward in their hands rather than fitting well, or were less impressed with the build quality. These reviewers didn’t feel that the Oasis’s extra features merited such a high asking price.

I’m really curious now how the Oasis looks and feels in person. Perhaps I should head down to a Best Buy and see if they have a demonstrator available. In any event, it seems as though Amazon has another winner on its hands. Like the likewise-pricey Voyager, it isn’t meant for everybody—but people who are voracious readers might just find this to be the “Grey Poupon” of Kindles.