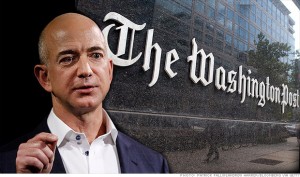 Today, to coincide with the global release of Margaret Atwood’s MaddAddam, Wattpad and Doubleday have teamed up to share an exclusive essay from Atwood revealing insights into the development of the critically-acclaimed dystopian trilogy which also includes Oryx and Crake and The Year of the Flood.
* * *

Lemony Snicket Selects and Annotates Poetry (GalleyCat)
Bestselling children’s author Lemony Snicket has selected and annotated 20 different poems for a special called “Poetry Not Written for Children That Children Might Nevertheless Enjoy” portfolio in the September 2013 issue of Poetry magazine.
* * *

The Two Most Interesting Things Jeff Bezos Told the Washington Post About His Plans for the Newspaper (Paid Content)
In an interview with the newspaper he just finished buying for $250 million, Amazon CEO Jeff Bezos made a couple of comments that raise some interesting questions about where he wants to take the Post in the future.
* * *

Amazon Releases Next Generation of Kindle Paperwhite (Digital Book World)
Less than a week after rival Kobo introduced its new fleet of devices, Amazon has come out with the latest iteration of its Kindle Paperwhite, its high-end flagship e-reader.
* * * 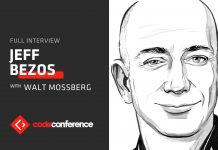 At Code Conference, Jeff Bezos talks of many things