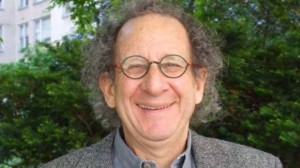 Publishing industry consultant Mike Shatzkin has some interesting observations on the state of e-books at the moment. He seems to be coming around to some of the same observations that some of the self-publishers have had: particularly that agency pricing is considerably slowing big-five e-book sales. Shatzkin writes:

Whatever is the reason, the anecdotal reports I’m getting suggest that the price increases aren’t being so easily swallowed in the current round of Agency pricing. Amazon may not care about ending discounting from those prices because they don’t need to or want to, but it would appear that the new deals won’t let them. They certainly don’t have the flexibility to do so that they did before Agency came to the marketplace. So the sometimes startlingly high publisher-set prices are prevailing. And, aside from the Hachette numbers that were reported, we’re hearing widespread but totally unofficial reports that big publisher ebook sales are dropping noticeably when their new higher agency prices are activated.

Hugh Howey told me this was happening in a private exchange three months ago. I didn’t believe him. I do now.

Interesting to see him admit that one of the self-publishing advocates could be right about something. Not that it’s really a surprise. As Howey points out in a post at The Passive Voice, Carolyn Reidy of Simon & Schuster said in a note presented during the anti-trust trial that higher e-book prices would slow adoption.

Amazon is clearly fighting the price war on a variety of fronts, and I’m sure Amazon’s policy is pretty simple: They want affordable ebook prices. So if traditional publishers want to charge $14.99 for a Kindle edition, then Amazon will make sure no one buys the expensive Kindle edition by lowering the price of the hardcover.

She notes that traditionally-published authors are the ones getting squeezed in all this, but feels the “bad guy” here is not Amazon, who’s just doing what retailers do, but the publishers, who are not reacting to the changes in the market. And then she cites this very same Shatzkin piece I’m talking about here.

But Rusch thinks that authors and their agents are still inclined to listen to what the publishers tell them about the “villain” being Amazon. The problem is that the publishers have brought a knife to a gunfight—they don’t know how prices work in the real world because they had an effective monopoly over book distribution channels until Amazon came along. Whereas Amazon has 20 years of retail experience and knows the economics of price points backward and forward. Will the publishers start to realize this at last? Well, we’ll see.

Getting back to Shatzkin, he puzzles over the impact that subscription services such as Scribd, Oyster, and Kindle Unlimited might be having on these sales, though isn’t sure how much impact they could be having. Scribd was popular enough to have to cull its selection to keep people from reading too much, and since the services don’t include Big Five titles, they could be taking away from Big Five title sales.

Our friends at Ingram told me another piece of anecdata which may also be at play. They keep track of the number of SKUs that sell 100 copies or fewer and those that sell 10,000 copies or more. The aggregate sales of the former group is growing; the aggregate sales of the latter group is not. What that suggests is that the sales of books that are not really commercial are taking share away from those that are, whether those that are come from publishers or indie authors like Hugh Howey. Whether that particular change is yet impactful, it is inexorable.

“Not really commercial,” huh? Well, I suppose that could say good things about discoverability. If people are somehow able to find more and more titles that sell hardly any copies, I guess they must be discovering them somehow!

Shatzkin also muses that there is “a very big dog that has not barked” yet—that “no major author of recurring bestsellers has stepped up to take charge of his or her own output.” So far, all the bestsellers seem content to stay with their publishers for now. If that changes, he figures, it could bring big changes to the e-book market.

I’m half inclined to quibble with his definition—after all, J.K. Rowling took charge of her own e-book output via Pottermore—but on the other hand, Rowling wrote just those seven titles and she was done (apart from a couple of adult books under a pseudonym which I don’t think set the world on fire the way Potter did). Apart from some short stories and things, she hasn’t done anything else in the Potter world through Pottermore. The only other bestselling author to dabble in his own e-books, Stephen King, did so too early and concluded there was no “there” there.

If we should see someone as popular as Clancy or Grisham at their height jump ship and start self-publishing…well, who knows? I don’t know that it’s all that likely to happen—most of them seem to be too happy to have a publisher around to do all the grunt work of refining and revising the book for them. But you never know. Things only don’t happen until they someday do. It would be interesting to see if it did.