The Sunday Times of London is the latest newspaper to institute a paywall, and has posted an editorial explaining why.

The Times plans to charge the same amount it charges for its print paper—£2 per week (approximately $2.98 at current exchange rates)—for access to its on-line site, because selling on-line ads just wasn’t cutting it, and “giving away expensive journalism is financially unsustainable and ultimately bad for us and our readers.”

We acknowledge the risk involved when much other good journalism is still available free online. However, we believe that if we are transparent with our readers and explain the financial realities, they will support our move. Ultimately we think that other newspapers will follow, and that the only free content online will be of inferior quality or supplied by the BBC. Even that organisation is finally beginning to realise it should stop trying to become a publisher online, and is cutting back on its massive internet spending.

Considering the hundreds of other newspapers, not to mention CNN and other non-newspaper news sites, that remain free on-line at this point, I suspect that the Times is being overly optimistic. But on the other hand, nobody knows how many people will pay to teleread the news until they actually try charging for it.

It should be noted that the Times is owned by Rupert Murdoch’s company, News International. So this can be seen as just the latest fired shot in Murdoch’s war with Google News. On TechCrunch, Paul Carr makes no bones about the fact that he thinks Murdoch has completely lost his mind.

It will be interesting to see whether this paywall proves as lucrative as the Times hopes it will. 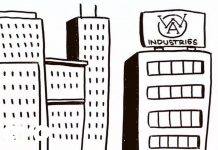