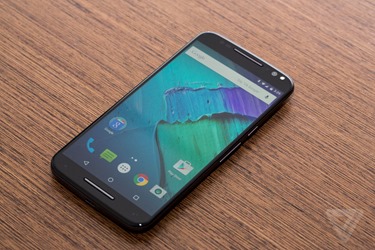 There’s some interesting news about Motorola, makers of the Moto X and Nexus 6 that have been my two most recent smartphone devices. Lenovo, it’s current owner, plans to phase out use of the Motorola brand name in favor of the shorter “Moto by Lenovo”. 9 to 5 Google has a look at Lenovo’s future plans for the smartphone line.

There’s some interesting stuff in there, such as the way metal-body smartphones are popular in China while the west prefers silicone, wood, or leather-covered cases. Also, all phones in the Moto line will get fingerprint readers, bringing them in line with other high-end phones in that range. But perhaps the most interesting bit of news, from an e-reading perspective, has to do with screen size.

Perhaps the one other interesting tidbit of information to come from this report is that Lenovo isn’t planning on making any Moto-branded phones with a screen size smaller than 5-inches diagonally. At least, not this year. Part of this is because it wants to offer its own-brand ‘Vibe’ phones as its low-end options, leaving Moto phones higher up the market. The other part is that big phones are now the norm, and smartphones are now seen as two-handed devices, not one-handed anymore.

This seems right in line with phablet growth statistics I’ve already remarked on. Here are more stats posted on LibUX that say the same thing: more and more people like larger phones, and are accustomed to using them two-handed. Given how good I’ve found the Nexus 6 is for e-reading, this could well lead to a brighter e-reading future for everyone—or at least, for everyone who doesn’t mind using larger phones.

One more interesting bit of news is that Lenovo eventually plans to merge its custom Vibe UI from Lenovo-brand Vibe phones into the stock Android format currently found on Moto phones. Given that the clean plain-vanilla Android interface of the Moto X was one of the things I liked about it, this has the potential to be disappointing. But then, I probably won’t buy another Motorola (or Moto) brand phone anyway, since they no longer manufacture the Nexus line for Google after the Nexus 6 and Project Fi currently requires a Nexus device.