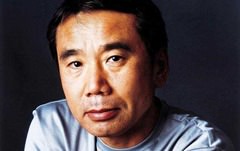 According to Publishing Perspectives, Japan’s largest bookstore chain, Kinokuniya, has announced it is buying up 90% of the first printing of Japanese author Haruki Murakami’s new book to ensure that readers will be able to find it in Japanese bookstores—and not via Amazon.

A Kinokuniya spokesperson told the Asahi Shimbun, that, “The reality of the industry today is that it is becoming increasingly difficult for brick-and-mortar bookstores to purchase copies of high-profile new books. To rival online book retailers, bookstores across the country now need to join hands in efforts to reinvigorate the conventional book distribution market.”

Kinokuniya has 60 bookstores in Japan, and accounts for an estimated 10% of the domestic book market

While this might be a coup, it won’t shut Amazon out of the market altogether—the store will probably get 5,000 copies direct from the publisher. And it also won’t do anything for people who prefer e-books; Amazon will be able to sell as many of those as it wants. It also won’t necessarily hurt readers too badly. The new book will be a collection of essays, rather than a novel, which might have less demand among readers.