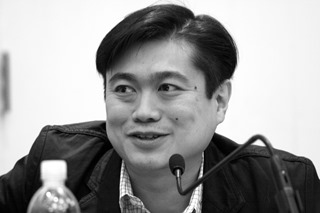 The Internet was and is a powerful tool for transforming how people interact with one another, and how we obtain access to information—including e-books. But as with any powerful tool, powerful interests such as the media industry see the need to lock down how it can be used. One of those tools is DRM.

Joi Ito, director of the MIT Media Lab and former CEO of Creative Commons, has posted a thoughtful essay about all the different harnesses these interests and government have imposed on the Internet. Those include the DMCA’s anti-circumvention provision, which makes it a crime to unlock content you already own; the implementation of DRM into the World Wide Web’s standards, which risks both security and the loss of information as time goes by and standards change; laws making it a crime not to report transactions of greater than $10,000, which needlessly collect financial information into databases that can be hacked; and the government’s attempt to force Apple and other Silicon Valley firms to put backdoors into their systems, which can and have been exploited by hackers.

The part most relevant to e-books is, of course, the DMCA section. The anti-circumvention provision represents one of the more obnoxious restrictions on e-books and other consumer digital media, even as it’s also one of the most commonly-ignored. But the whole essay and the discussion around it are interesting enough to read in full.

It seems as though our freedom to use the media we purchase and the Internet as a whole are continually under assault in the name of “security.” Sooner or later, I hope enough people will get fed up enough with it to push back.