So says an article in The Bookseller:

Because without agreements between the major players in Japan, it is hard to see how they will successfully fend off the wolves from outside, according to Robin Birtle, c.e.o. of digital publishers Sakkam Press. He said: “The big problem is one of interoperability between bookstores. There is an attempt ongoing at the moment by Rakuten [a web-based retailer], Panasonic, Sony and bookstore Kinokuniya to develop this. But it is difficult to see such an initiative being broadly adopted.”

While the e-book business for Japan’s mobile phones is booming, there is a dearth of books for other platforms. However, it is the difficulty of finding, downloading and paying for digital books that is really holding back any demand.

There are at least a dozen e-book apps and most publishers have their own e-book store. Most stores require the user to install software from a separate company if they are to read the material on a computer, so the user has to be familiar with different formats.

It is so difficult to own an e-book in Japan that many prefer to scan their paper libraries, convert them to PDFs and then read them on their iPads. Such obstacles have stunted demand to such an extent that Sony and Panasonic recently halted production of their electronic readers. Birtle said there will no consolidation of the market in the near future.

A lot more interesting stuff in the article. 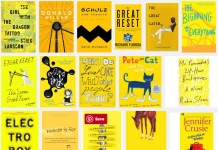