Update: Nate’s questioning BI’s numbers. He could be right.

A recent piece in Business Insider reports that Japanese consumers are crazy about their e-books. On average, they spend nearly twice as much on e-books per capita as the average US user ($86.50 vs $46). Indeed, the US is only in 5th place; Germany, France, and the United Kingdom are numbers 4, 3, and 2.

Of course, the figures don’t tell quite the whole story. Japan considers digital manga to be e-books as well, and the Japanese manga market has always thrived. In Japan, manga accounts for 80% of all e-book sales.

Japan’s e-book market had a rocky start. In 2011, TeleRead contributor Robin Birtle characterized the Japanese e-book market as “waiting for a push.” He continued the theme in a second post a month later, discussing e-book activity at the Tokyo International Book Fair.

Meanwhile, a lot of Japanese e-book users had gotten fed up with waiting, and companies sprang up to digitize their paper books for them. But in 2012, a consortium of publishers got together to digitize one million books to kick-start the Japanese e-book market. At the same time, Japanese company Rakuten bought Kobo in order to bring its e-readers to Japan. (It bought Overdrive just this year.)

It’s interesting to see the difference a few years can make. 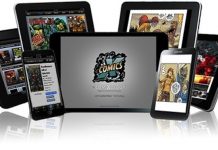 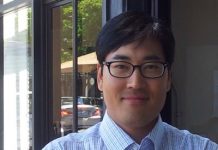