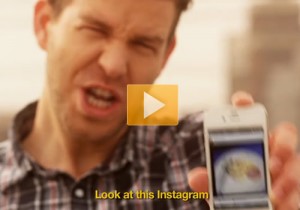 An interesting article in The Toronto Star looks at young urbans who are embracing more minimalist lifestyles by cutting clutter and consumption in favor of more experience-based lives. The article points to several factors underlying this trend including health, economic factors and ‘the disposal nature of fast fashion and cheap electronics.’ But it fails to fully explore what the digital revolution has really done for the aspiring minimalist, and that’s ‘enable them to have all the stuff they want without requiring physical real estate for it to inhabit.’

My Beloved and I lead a pretty simple life. We work; we relax at home. We eat out a few times a week, mostly Sunday brunches and simple soup-and-sandwich fare, with the occasional foray to an Indian place or a noodle joint. We go to maybe two movies a month. We are slowly replacing the filler hand-me-down ‘stuff’ with better things—he splurged on a nice TV a few years ago, I paid a (for me) large sum to get a beloved keepsake framed as my first real art purchase. And in our move in together, we got some couches from a wealthier relative that we could not have afforded on our own. In his perfect apartment, there would be a bed, a couch, a television and not much else. My perfect place is perhaps a little more cozy and decorated—but unlike him, I think I could give up the television; he’s not a big watcher, but does like his video games.

But … there is a bit of a ‘but’ here. Let’s imagine I took every e-book in my Kindle library and converted it into a physical book, and then took half the stuff we watch on Netflix and converted those films and shows into DVDs (let’s assume the other half are rentals we wouldn’t keep), and then printed out my years of archived photos (less than most people have, but enough) and stuck them into albums. Just how minimalist would we really be then?

It’s easy to be ‘minimalist’ when you can run so many of your leisure activities off a tiny laptop computer. Books, music, movies, TV shows, games … in its physical form, all of it takes up space. It’s only by the fortunes of the tech revolution that it doesn’t. So am I a minimalist? Am I just someone who’s good with technology? Do I lose minimalist cred because I have 2000 e-books on my hard drive, and am therefore missing the point?

There are so many physical objects I used to own and no longer have a need for. Heck, in the ‘old days,’ you still had more than one phone because you needed one for every room you planned to use it in. We still have things we could get rid of—he has some collectibles he plans to sell someday; I have a spare set of dishes and sundry kitchen things from my old life that are still kicking around somewhere; and we could prune the DVD collection more than we have. But if we had to start all over again, we could do with basic clothes and furnishing and a laptop computer, and our life would be much the same.

I’m not sure if ‘minimalism’ is the word we’re looking for, or if we’re just evolving into a different kind of life where the physicality of media will be replaced by the physicality of some other yet-to-be-discovered hobby or interest or activity that will arise to fill that vacuum. But I do know that with every move to a new home, I seem to have a bit less stuff than I did the last time, and that’s not a bad thing.

There is something to be said for having some breathing room. We have a cupboard in the bedroom that has nothing in it right now, and a few times, I’ve asked him what we should put inside. The first time he answered, Why does anything have to be inside?, I didn’t quite get it. But now I see. If there was something in that cupboard, we would have to pay to acquire it and clean it and maintain it—and to move it (if we move homes), and then to make a place for it in the new home. All of that requires money and effort and work. We’re not doing that work right now. So why take that on unless it’s really important?

Easy for me to say that now, of course. Ten years ago, that cupboard would have been stuffed full of books, and he and I both know it!