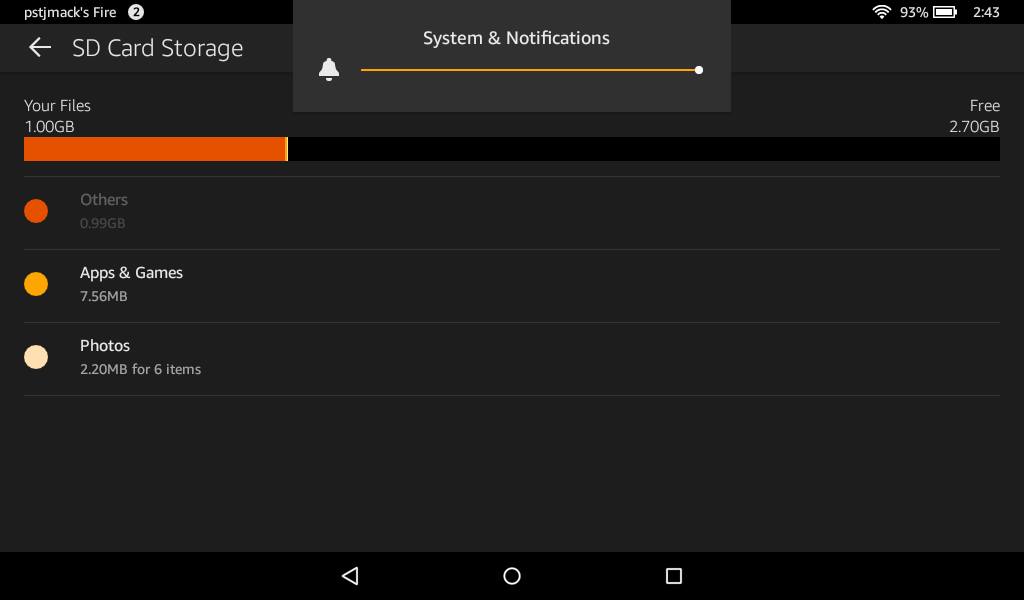 Last night, I inadvertently discovered how to make a major memory saving on my Amazon $50 Fire. I was browsing through the internal and external memory, and came across the “Lost.dir” folder on the microSD card. My device has been feeling the memory pinch lately, with less than 1 GB left on the (admittedly small) 4 GB microSD external memory card. Yet here was a folder I hadn’t noticed before, that seemed to be full of some rather large files.

I deleted it without a second thought, and as soon as that was done, noticed a big improvement in my memory (see the screenshot above). As of now, I’ve 2.7 GB to play with. And that’s with my extensive library of EPUB  books and Kindle/Mobi sideloaded titles.

Since this made such a dramatic difference, and happened so late at night, I started wondering if I’d accidentally deleted an important folder, or my music collection, by mistake. But no, the Lost.dir folder is apparently a recurrent trap for Android users of all kinds, including those running Amazon’s version, the Bellini 5.X Fire OS. It simply warehouses files recovered during system reboots, download interruptions, power outages, copying problems, and sundry other reasons. And it doesn’t delete them.

Yes, you’ll lose your recovered files if you delete the Lost folder or its contents, so you may want to back the folder up elsewhere. But normal operation doesn’t suffer. The Lost folder itself will simply reappear in due course, and in due course, you can later hose it out again. But anyway, in just a few months of usage, my Lost folder had already bloated that big. Lose the Lost. You know it makes sense.