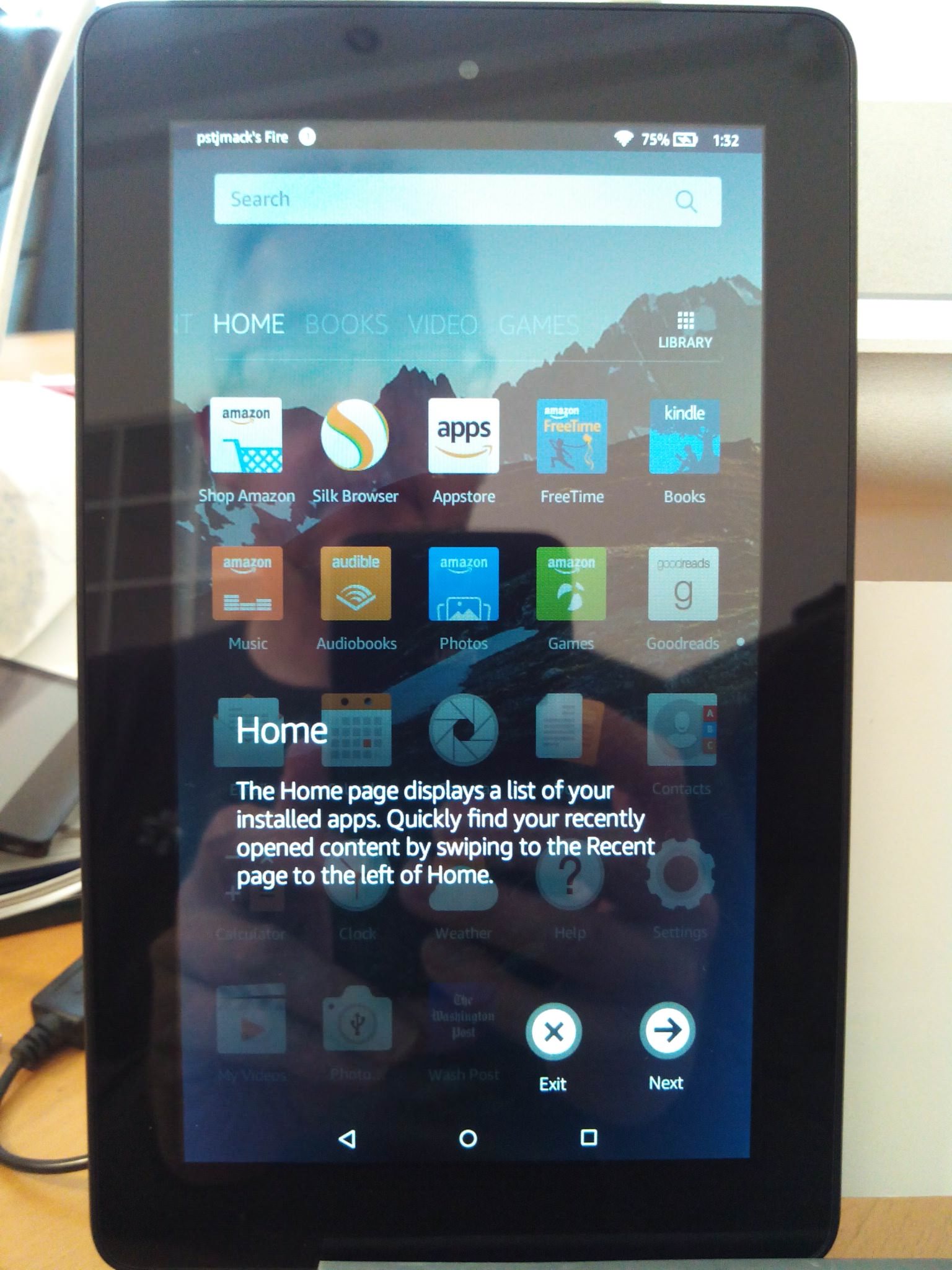 Everyone knows that Amazon’s Fire OS is a pretty close cousin to stock Android. With the latest version in the new Kindle Fire 7, Amazon Fire OS 5.0 Bellini, it seems closer than ever. It wasn’t until I got it in my hands that I realized how close, though.

My closest experience with Amazon’s Kindle OS so far has been with my aging fourth generation Kindle and occasional tryouts on Kindle Fires owned by the rest of the family. So it’s not exactly deep. All the same, everything I have seen up till now looks nothing like Android. Yet with the Kindle Fire 7 running Fire OS 5 Bellini, I’m very often looking at something where the menu options, icon layouts, and even the gestures, are practically identical to Android 5 Lollipop on my Android tablet.

It’s not just menus, though: it’s the whole app and user experience. By syncing the Kindle Fire’s Contact’s app to your Gmail account, you can import all your Android contacts. Ditto with your Facebook contacts, incidentally. The same process also syncs the Fire’s Calendar app to your Google Calendar – and any Facebook events linked to it too. The interfaces look damn similar to Google’s current Material design. Even the current Mail app looks pretty much identical to the Mail in Android 5 Lollipop. Many of these apps have the little bottom-corner action button that is now a fixture of Google Inbox and other latest-generation Google apps.

So you’re actually working with something that’s very close to Android’s latest OS. That’s no criticism – it still all runs smoothly and integrates well, and means that you’re missing out on precious little of the full Android experience. (Though the Google Play Store and Google’s own apps would be nice.) But it does make the vexing omissions all the more exasperating. Why is the Amazon Appstore still missing so many perfectly good ereader apps? Why not treat the Amazon Fire OS stuff like a mobile phone manufacturer’s proprietary skin, and stop pretending about the rest? Would be nice eh.