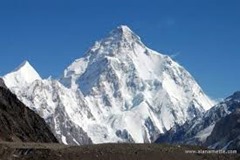 I won’t rehash the arguments in detail, but it occurred to me that they could just as readily apply to tablets or e-ink readers. Look at the newest Kindle, the Oasis—it’s effectively the same e-reader as all those that have come before, just better-lit. Even its few major differences from its predecessors—the new form factor and push-buttons—are just a throwback to the old Rocket eBook which pre-dated the Kindle by years. As the Bible says, there’s nothing new under the sun.

Cranz pines for a design shakeup like Steve Jobs brought to the PC world in 1998 with the original iMac, but I take a different view. Why is boredom such a bad thing? How many things in our daily lives have stayed the same for decades or centuries or more?

Just looking around me for examples visible from where I’m sitting, we don’t see rapid technological advances in eyeglasses, or wallets, or camera cases, or drinking glasses. You don’t have to figure out how to open a new style of bottle or can of beer every year. For all that Steve Jobs gave computers candy colors for a while in the late ‘90s, desktop PCs remain fundamentally the same as they always have—and grow less used year to year. And for that matter, printed books today are fundamentally the same as they were in Gutenberg’s time, with just a few refinements.

There’s no requirement that there be some new technological advance every year to make smartphones, tablets, or e-readers more “interesting.” I don’t know about you, but mine already do pretty much everything I need them to. How could I ask for more than that?

I know that humans have a natural instinct to look for novelty—it comes from the early days when we had to be on the alert for anything that looked different because a saber-toothed tiger might be hiding behind that different-looking bush. But we don’t have to have novelty in everything. I’d rather find novelty in the content I read with my e-reader than in the design of it.

If we have reached “peak e-reader,” then so what? It just means that e-readers will become another one of those things we take for granted in our daily life—like eyeglasses, wallets, and bottles of beer. Or like books. And that’s not at all a bad thing. Even the advent of the e-book hasn’t killed off good old-fashioned paper books. Nor is it likely to for decades, at the least. Wouldn’t it be great if e-readers also became one of those ubiquitous things we take for granted in our lives?