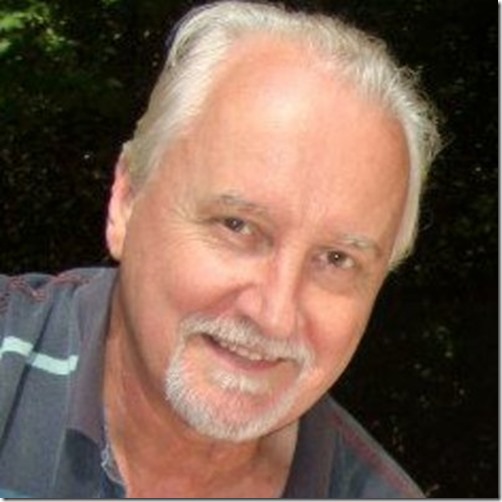 Here is a small observation on Kelly’s Efficiency Index, which some publishers are using to evaluate the potential of authors.

This seems to ignore relative pricing, which surely must play a significant part in such determinations, unless it is assumed that a flat pricing structure runs across each category or genre (as may be the case where the large publishing groups achieve consensus for ease of marketing).

This would give me an Efficiency Index of 6 under Kelly’s price-ignorant regime.

But if foreign rights sales are to be included in the equation, one could add the 9,000-odd sold in China and South Korea for my first book. This would raise my index to 10.5.

But the average price of books in my first book category is around £6. Thus one could argue that my sales are, by value, equivalent to over 18,000 UK sales for that first book, keeping my Efficiency Index at 10.5 just for UK sales, disregarding foreign sales, and raising it to 15 if the 9,000 foreign sales are then taken into account.

Having not attended the Digital Book World Conference or heard Mr Gallagher’s entire argument, I have no idea at what level his Index indicates a good bet (though the two examples shown in TeleRead through Publishing Perspectives are considerably lower at 1.75 and 2.33, albeit for non-fiction where the bar to success may be considerably lower that that set for fiction).

Though my books are self-published, they do not fit the model of the almost ‘giveaway’ E-book self publishing market.

My books were published traditionally under the aegis of my own company. I wrote, illustrated and designed the books and covers, then undertook all aspects of the publishing operation (bar editing) up to and including organising printing (ie. at £1.75 per copy on a 2,000 print run on art paper of my first book of 176 pages and 80 illustrations with a £15 retail price, printed in China and imported to a UK warehouse), distributing and marketing the books through signings, etc..

Being a one-man band, I always knew my sales would have to grow incrementally, having no financial resources to publicise them or gain prime placement in bookstores, so I set about persuading bookshops to grant me a space from which to engage customers, lured by my display boards, talking them into my stories on a one-to-one basis through the day. This tactic proved successful in that I scored a ‘conversion rate’ (to use jargon) of about 80%. As sales grew, so did the returning reviews sent direct to my company website by kids who loved that book, which I incorporated into my sales pitch to great effect.

Word spread through the Waterstones chain to the point where I found it incredibly easy to organise signing tours of, for instance, 30+ stores through the summer holidays or in the month leading up to Christmas.

As an aside, at the rate at which I was selling them prior to my sales through these all-day signings being abruptly terminated in mid-2012 (along with every other minor author) by edict of their new M.D., these books would by now, March 2016, have sold around 26,600. (the first book, another 8,600 – my sales were very consistent – the second, published later, another 6,000)

So, by Kelly’s argument, were I published by a traditional publisher, should I not be regarded as a reasonably good bet regarding future potential?

Yet I have failed to gain the contractual attention of a single publisher or even agent in this country for either book.

My self-marketing, so effective with the general public, appears to have been a dismal failure with regard to such publishing professionals here in this country. My statistical data, which I assume Kelly relies upon to gauge viability, seem to serve no good purpose in this field (it may be that these numbers are truly insignificant for books in these categories or that simply that those professionals discount them as a fabrications, I don’t know).

Though my work is ignored by commissioning editors and agents, my company was accepted as a legitimate professional member by the Independent Publishers’ Guild and the Publishers’ Association and received UK Trade & Industry grants to exhibit at the Frankfurt and Bologna Book Fairs and has acquired several foreign agents: Amo in South Korea, Big Apple for China and the Far East and Ilustrata for the Spanish / Portuguese markets.

Perhaps the irony of my position is that I might even want or need traditional publishers to adopt this Efficiency Index, with which I find myself mildly at odds, more rigorously, Mr Gallagher?

Then their gaze might extend to include those solitary figures working in the further fields of the literary landscape to bring their meagre produce to market with a modicum of effectiveness and realise that they, the publishers, with their nous and clout, might take such products to an altogether higher plane on that Index of Effectiveness! (Assuming, of course, as one publisher suggested, that they really couldn’t expect to do any better since I might have exhausted the market having achieved 9,000 sales. Really?)

But then, oh dear, Mr Gallagher, I imagine, draws his data for analysis from sources such Neilsen’s Book Data, which only records sales of a certain kind, so that my total sales, though rigorously recorded, fall under that radar, being largely generated by signings in bookstores and schools, etc..

Thus, only through an article such as this on such websites as TeleRead may my status of Efficiency under Kelly’s Index be noted by those publishers or agents, assuming, of course, that they accept the veracity of my claimed sales figures.

Bio: Alan Gilliland is the author-illustrator  of The Amazing Adventures of Curd the Lion and Us! in the Land at the Back of Beyond, a children’s book. Under the name of Alan Howard, he has published The Flight of the Birds, a mix of a Gothic ghost tale, horror and thriller. Born 67 years ago in Malaysia and brought up on a rubber plantation, Alan won 19 awards during his 18 years as graphics editor of The Daily Telegraph. He publishes as Raven’s Quill, Ltd. and has also started a small children’s house, The Shabby Tattler Press. He also writes the Pencilnotes blog.

Publisher’s note: Guest columns do not necessarily reflect TeleRead’s opinions. TeleRead welcomes well-done commentaries of interest to the e-book community—whether or not they agree with our own or other guest columns. Any large publishers, agents or others want to reply to Alan? Would you like to take him on based on his Kelly’s Efficiency Index Rating? Later this week we’ll publish his thoughts on the “marketing/accountancy-led publishing milieu.”