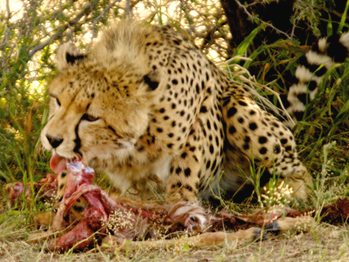 Amazon’s Audible division and Apple’s iTunes command 90 percent of the digital German audiobook market. Now Amazon might be bullying publishers to make possible a flat-rate model that would cut into their revenue. Audiobooks originated at Apple end up on Audible. German cultural diversity could suffer.

The above would appear to sum up a German anti-trust agency’s concerns (news release here). Read more from Reuters and the Digital Reader.

Here’s my own take from the perspective of someone in the U.S., where harm to consumers counts to the courts more than in Europe. The Amazon-Audience current dominance actually could help customers, in terms of convenience, so I’m not sure that the duopoly argument by itself would work with me. That said, I’m appalled if the duopoly is in fact squeezing the publishers to the extent they allege.

It’s a worry similar to what I expressed about pay for Kindle Unlimited Writers. We’re talking about decidedly asymmetrical relationships between giant retailers and content providers.

Should publishers and writers be treated with the same brutality from Amazon that Walmart shows toward its suppliers? Jeff Bezos is said to have “suggested that Amazon should negotiate with small publishers ‘the way a cheetah would pursue a sickly gazelle.’ Before Amazon’s lawyers objected, Amazon executives were even calling a negotiating initiative “the Gazelle Project.” The lawyers got the name changed to “the Small Publisher Negotiation Program.”

With such a history behind Amazon, I heartily approve of the anti-trust probe if the flat rate arrangement is as bad as German anti-trust officials with the Bundeskartellamt believe it could be. Yes, I know that physical books are still 80 percent of the audiobook market in Germany, but long term, that will undoubtedly change. Anti-trust officials are right to look ahead.

Just the same, in the above paragraph, the operative word here is “if.” I myself would side would Amazon in its battle against big publishers using e-book gouges to protect their paper-era infrastructure. I’d love to know more about the details of the compensation for German audiobook publishers under the flat-rate arrangement. If the level is high enough to be fair, then I’ll side with Amazon here, too.