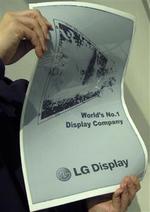 E Ink Holdings posted their financial results for 2011 – with $220 million in net profit, up 59% compared to 2010. Gross margin in 4Q dropped compared to last quarter as the company saw a rise in FFS panel shipments (mostly to the Kindle fire probably) – which carry a lower margin compared to EPD products.

EIH’s Chairman, Scott Lu said that the company isn’t ramping up its Triton color E Ink product (this is probably in response to the color Kindle rumor). The company is working on a next-gen color E Ink display and it is expected by 4Q 2012. E Ink also reveals that it will release flexible plastic-based E-Ink displays in 3Q or 4Q of 2012.