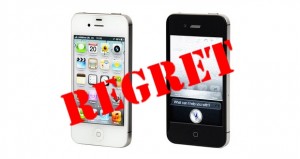 The iPad Air has me regretting my Mini a little. When I got the Mini, I was in search of the lightest and smallest Apple tablet I could get. Now that the Air is out though, I am reconsidering. A full-size tablet, but with the Mini’s weight? That is compelling to me.

I am not in such a hurry to jump ship though, because experience has taught me that something better will come along someday, and I have made the mistake too often of adopting early and then being sorry later.

The iPad is the perfect example. When the Mini came out, I regretted that I had upgraded to the iPad 2. I should have kept my iPad 1 to run into the ground, and used the Mini as my small and light one. If I had done that, there would be some justification in selling the Mini and getting the Air now that it’s out. But Apple still sells the iPad 2. There is nothing wrong with it other than that something better has come along now. And I need a new computer soon. So I am stuck with the iPad 2 I never should have bought, and I’ll have to keep it now until it can’t be used anymore—-at which point the Air 2 or Air 3 will be out, and I can pick up an Air 1 for a swan song.

I have been a little luckier with my ebook readers. I don’t regret the Sony 505, since it was the only game in town at the time, and I don’t regret the Kindle, even though it cost more than double when it first came out. I had a few in-between Kindles I could have probably managed without, but I enjoyed them while they lasted and sold them for almost what I paid. As for my current Kobo Glo, I enjoy reading on it and I feel better about using an epub device these days because it’s somewhat more open of a format than the mobi is and I can edit out the errors using free software. But I have to admit, the Kindle Paperwhite is a little slicker, software-wise, and syncs better with my phone and tablet (the Kobo tablet software is awful). I periodically contemplate trading in the Glo for a Paperwhite, but have not yet taken the plunge and ultimately I am not sure I ever seriously plan to.

How about you? Any gadget regrets you want to confess to?