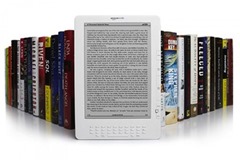 Canadian newswire service CNW is carrying a press release from Canadian Public Libraries for Fair Ebook Pricing. The release links to an open letter (PDF) from the organization, calling on the Big Five book publishers to adopt more reasonable pricing and terms for e-books.

The organization is calling for a two-tiered hybrid pricing model, in which more expensive e-books come with perpetual access, but e-books with time or use restrictions cost only slightly more than the consumer price. This is effectively the same model that American Libraries favored in the wake of Penguin Random House changing its own e-book pricing model. Not too surprising that American and Canadian libraries would be on the same page, is it?

It also puts me in mind of how EBSCO CEO Tim Collins called for “sustainable” e-book pricing models—without actually presenting much in the way of ideas for what such a model could look like. On the face of it, it would seem like a model where you pay more for more rights and less for fewer rights would make sense.

When you get right down to it, e-book checkouts are kind of an awkward model for libraries. No matter how much the book costs or how many rights they have in it, libraries never really “own” e-books the way they do paper books, which means they can’t be part of any real long-term archival program to keep that information for the future. Publishers seem to be making out better with them, being able to charge ridiculous amounts of money. Library e-books are probably not actually harming book sales that much, despite what some people seem to think.

In any event, the most  important aspect of library e-books is serving the community (as libraries do with all their programs) and promoting literacy, rather than building up an archive. More reasonable pricing and usage terms would make it easier for libraries to do that, and hopefully be more lucrative for publishers, too. I hope the publishers and librarians can reach some kind of compromise arrangement that will satisfy them both.