Not quite your everyday run-of-the-mill zombie apocalypse, you could say. Yes, it’s another rigid, stiff, slow-moving essay in that genre, shambling and groaning its way into your to-read pile. And what a surprise that this sub-genre has grown so fast, proliferating like – well, a zombie plague.

Okay, enough of the cheap demi-humor. And no, I didn’t really mean any of those crude, brainless, groaning cracks. Nick Mamatas has written – sometimes brilliantly – in many other branches of horror and dark fiction, and this is his stab – or baseball bat bash, or scattergun blast, or drillbit whirl – at a zombie novel. And it’s not a survivalist gunfest – mostly, at least. Post the zombie apocalypse, civil government of a kind goes on, at least in San Francisco and environs, and revenant eradication has become a municipal pest control job of sorts. Vasilis “Billy” Kostopolos, the protagonist is taking time out from his usual occupations of alcoholism and literary aspiration as a driller, charged by the city government to go out and pith the dead before they revive – or while, or after, as it often turns out – with his trusty Black & Decker. Speculation as to the origins of the zombie plague is rife  – especially as it seems to have confined itself to the lower forty-eight states of the Union – but completely inconclusive, and I won’t spoil the (rather Bruce Sterling-esque) dénouement by telling you how close it gets to an answer. “That the rise of the dead was so inexplicable, and yet, down deep in our cultural DNA, was so profoundly anticipated has created immense problems for American letters,” though.

Mamatas at his best is technically a superb writer, and I rated his collection The Nickronomicon among my top ten books of 2014 with good reason. But I also wrote at the same time that his work could be “so knowing and self-aware it could pass a Turing Test” – certainly more self-aware than any of the revenants shuffling through these pages. In certain contexts and forms that self-consciousness can work fantastically well. Here, though, it creates an odd splice of post-apocalyptic fiction with vaguely autobiographical reminiscing. In the manner of other titles along the same lines, here you have The Greek American Experience with Zombies, or Night of the Living MFA Graduates (come to think of it, that’s not so far from reality either …) Mamatas himself described the book elsewhere as “basically a confessional fiction about an alcoholic in San Francisco, with some zombies milling around the background,” and that’s pretty accurate. Not that there aren’t plenty of quirky and original takes on the walking dead to satisfy necrophile readers out there. The prose is sardonic, droll, and tackles both the pre-zombie travails of an aspiring writer and post-apocalyptic decay even-handedly. It just would be great to see Mamatas dive into the stinking morass of decay and submerge himself in the full potential of his medium, instead of clinging to the last vestiges of civilized life and auteurist writing. Think, for instance, what Cormac McCarthy could do with such a theme …

That said, other readers have loved this book. And it’s well outside your usual run (well, shamble) of zombie fiction, with far fewer reanimated cliches roaming around. Definitely different. 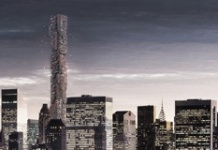 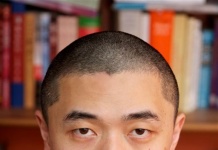