The tradition that gave the world the dybbuk and the golem need yield to none when it comes  to the fantastic and the bizarre, but even so it’s good to report two very unlikely, and superbly jacketed, anthologies forthcoming from Jurassic London: Jews vs Zombies and Jews vs Aliens. With a healthy dose of Jewish humor, these titles set out to chronicle the exploits of Judaism versus the undead – and the unearthly.

It should be noted that Jurassic London “is a not for profit organisation. The proceeds from the sales of our books are distributed amongst our authors and selected charity partners.” As its blurb explains, “Jurassic London was founded by Anne C Perry and Jared Shurin in 2011, and our first book, Stories of the Apocalypse was published that year. Since then we have published over two dozen titles, including luxury limited editions, anthologies and novels of original fiction, contemporary non-fiction, chapbooks showcasing new authors, and reprints of classic works.  Our goal is to showcase the continued relevance, creativity and fun to be found in genre fiction.”

Jews vs Zombies and Jews vs Aliens are both up for pre-order and due to be published as e-book originals on March 19th. “A limited paperback edition is set to follow.” And it’s worth highlighting them just to display those amazing covers. 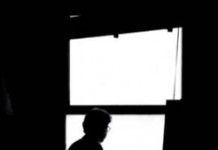