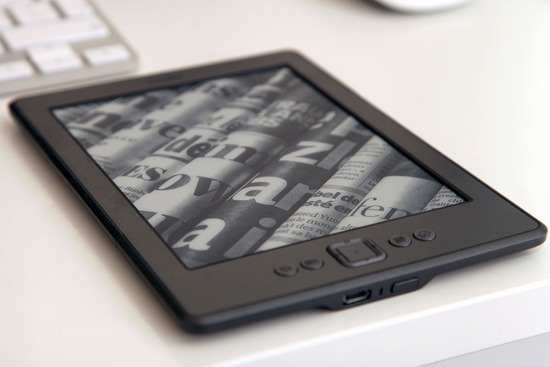 On Seeking Alpha, Dana Blankenhorn discusses Amazon’s “big problem” with books, and particularly e-books. He notes the decline in Kindle sales I had previously mentioned, as well as the price hike in e-books following the clock running out on the agency pricing settlement, and ponders whether the impending Kindle Oasis can turn the game around. He also mentions an anticipated price point of about $150 for the new device, which is the first time I’ve heard someone throw out a ballpark figure.

Blankenhorn points out that even if the Oasis does jumpstart Kindle sales, it may not have that much meaning for Amazon overall. The e-book business only makes up about $10 billion, and at the moment Amazon’s trying to grow 20% from a $108 billion base.

The whole e-book market, which Amazon created and nurtured, is thus of greater interest to writers and publishers than it is to investors. It may well be true that publishers got greedy with Amazon on pricing and that Amazon was right on that issue. It may well be that Version 8 of the Kindle will be a big hit. But even if this is all true, it won’t really move the needle on Amazon’s top or bottom line. The revolution is over and the market is mature.

For Amazon to move that needle investors will need to see skyrocketing sales in India, strong growth in the cloud and continuing growth in merchants using its fulfillment infrastructure. It can get all that, but the Kindle will henceforth be a sideshow to Amazon’s investment thesis.

He may have a point there. Amazon started out based on books, but even before the Kindle came out it had already diversified into many other areas, and it’s kept up that expansion ever since. Amazon is hardly going to give up the book market—it’s good PR, and as one of Amazon’s biggest successes it’s highly symbolic of the whole, but Amazon isn’t going to live or die on e-books’ success or failure anymore.

But that success or failure is much more important to publishers, author advocacy groups, and others whose own fortunes are heavily invested in books and e-books. This is why they always make so much noise any time Amazon tries something different—such as starting to open physical bookstores that could theoretically threaten Barnes & Noble someday.

With that in mind, I wonder how many more generations of e-ink e-reader we’ll see. Amazon’s strength is that its e-books can be read on any platform—even via a web browser on those few platforms that don’t have their own Kindle reader app. As sales decline, it doesn’t seem like it will be worth pouring more money into further design and development. Will they eventually fade out like the monochrome LCD PDA?