Another day, more dispatches from the Amazon/Hachette battlefield.

In a Guardian op-ed, author and frequent Konrath co-blogger Barry Eisler has an op-ed calling out millionaire authors such as James Patterson and the publishing industry as a whole for their PR campaign against Amazon. I’m not going to cover it in detail since it’s saying basically the same things half a dozen other pro-Amazon posts have said already, but it does it very well and in a widely-circulated paper, too.

Hugh Howey posits a better explanation for the Hachette book delays than that Amazon’s just being mean. He suggests Amazon has simply cut back on predicting orders in advance and stocking ahead of demand—it’s ordering them closer to the time it needs them instead of keeping inventory, and Hachette is just bad at shipping on time. Given that Amazon can’t be sure the negotiations will be successful, it would be remiss of the company (and possibly illegal) for it to take people’s money for a book that’s not even going to be out for months. And the fewer books they keep in stock, the fewer they might have to send back if they can’t keep selling them.

That being said, something seems to have changed, as the Huffington Post reports that some of the titles that were listed as out of stock or priced at near suggested retail have been restored and repriced. Of course, since both Amazon and Hachette are staying mum, there’s no telling what this means. A gesture of good faith on Amazon’s part? A response to such a gesture from Hachette? A sign that negotiations are progressing, or Amazon deciding it had made its point and relenting? You might as well try to read the answer from tarot cards as take a guess.

And reading tarot cards is basically what all the pundits on both sides are doing, Philip Jones laments in Futurebook. Since nobody knows the facts, people are happy to take their best guess and proceed on the assumption it’s gospel truth.

(Even Jones himself doesn’t seem to be immune to this. He refers to the publishers’ “alleged publishing collusion,” when in fact the collusion was proven when a court of law found Apple guilty of colluding with the publishers. The publishers were able to settle without legally admitting guilt, but that doesn’t mean the court couldn’t find that they had, in fact, participated in the collusion.)

Jones blames the aftermath of the Department of Justice lawsuit for causing all parties to double down on the secrecy of their contract terms and not let any details leak out.

The troubling irony is that in this content war between two giant book companies, words themselves have become dangerous. And while the pundit in me is happy to fish in these blackened depths, the journalist regrets that this battle over publishing’s future is being conducted in the murk.

Personally, I’m not sure such a negotiation would have been made public even if the Department of Justice thing hadn’t happened. We only got the full details we did about the contracts the Big Six were using back then because they came out in the course of the trial. And Amazon has always been mum about almost everything. 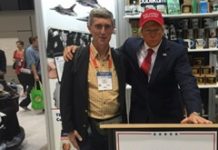