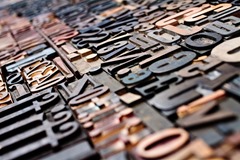 Nate Hoffelder reports at The Digital Reader that Amazon has commissioned a new sans serif font called Ember that will be included on the new Kindle Oasis—though if you’re using a modern Kindle like the Paperwhite with up-to-date firmware, the font is one you’ve literally already seen. Even though it’s not available for use in e-books, Amazon has been using it for menu text in the current iteration of the Kindle firmware. It was developed by font foundry Dalton Maag.

Michael Kozlowski at GoodEReader has heard the font was developed exclusively for Kindles with a front-lit display, which makes it a good choice for the Oasis which is going to have the most frontlights of any Kindle yet. He believes it will only be available on the Oasis for the time being, but will make its way to firmware updates for other devices as sales taper off.

Nate has managed to obtain TrueType font files for both Ember and the previous new Kindle font, Bookerly, and has hosted them in a zip file from his post. I’ve downloaded and installed them into Windows (it’s really simple; you just open the fonts control panel and drag and drop the files in) in order to play around with them, but haven’t been successful at embedding them into an EPUB file. At least, I don’t think I have; none of the Windows EPUB readers I use seem to support embedded fonts. 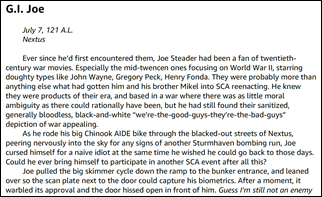 I have been able to use the e-book viewer in Calibre to change the fonts it uses to display e-books, though, and I’ve also generated PDFs using them. Really, I don’t see anything particularly special about Ember; it’s a sans serif font much like any other, such as the Calibri I’m using to write this blog post. It doesn’t seem appreciably different than the Helvetica or Futura fonts included on my current Paperwhite, just a little differently shaped. But then, the Paperwhite has multiple serif fonts, too.

I do know that some people consider Helvetica to be one of the easier Kindle fonts to read in the absence of a bolded-font option, since it’s relatively denser than other fonts. However, Emberly doesn’t seem to be as dense as Helvetica so it probably won’t displace that as a higher-contrast reading choice. I suppose if anything it reminds me of the default font from the Palm PDAs I used to have—it’s certainly closer to that than either Helvetica or Futura. I haven’t read e-books in sans serif fonts regularly since those days, as I find a good serif font helps considerably with readability, but people who miss the Palm Pilot era might find cause for nostalgia here.

Also, it’s hard to tell how the font will actually look on a Kindle until we actually get a chance to see in use. Sometimes fonts look a bit different on an LCD screen than they do on e-ink. But given that the first review units of the Oasis are starting to make their way to reporters, we should get to see plenty of that within a just few days.