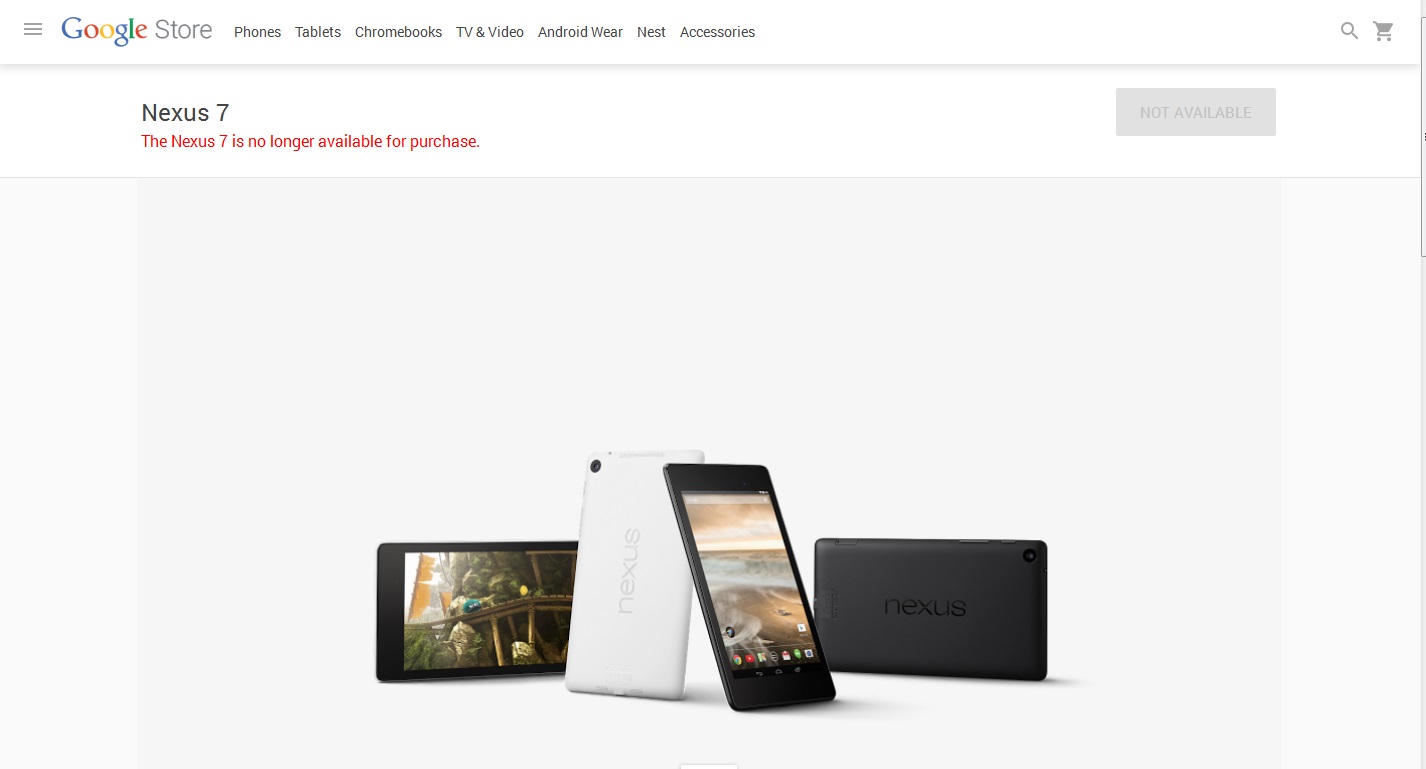 The news that Google has officially discontinued the Nexus 7 line of tablets will be greeted with indifference or even outright enthusiasm by some. After all, the device has lately been causing a lot of vexation in the wake of Google’s rollout of Android 5.0 Lollipop – although at least that delivered on the original promise of keeping all Nexus devices up to date with the latest version of the OS. But the Nexus 7, back in the – not too distant – day (of 2012) was first in the Nexus tablet line and first tablet to ship with Android 4.1 Jelly Bean, and so deserves its own small place in mobile computing history.

Not least because it was also Google’s first serious hardware-based pitch against the iPad and Amazon’s Kindle Fire. As a statement from Patrick Brady, Google’s Director of Android Partner Engineering, said before its release: “We’ve [built] the biggest ebook store and we’ve got movies in Google Play. We’ve added TV and magazines. So we really wanted the perfect device to consume all of this and thought the 7-inch tablet was a good size.” Just like its two immediate competitors, the Nexus 7 was intended from the start as a storefront for Google’s online content delivery services, and arguably did that every bit as well as the Kindle Fire at least, while also working better than this rival as a general computing and productivity slate. It certainly received full marks from the get-go for its screen quality, and tech journalism’s best and brightest gave it an almost universal thumbs-up on its debut. “You’ll be thrilled by the Nexus 7,” wrote David Pogue.

The first device’s immediate successor, the Nexus 7 2013 version, perpetuated this lead with an even better screen and Android 4.3 out of the box, as well as sundry other improvements. Apple, meanwhile, had been pushed by the Nexus 7 into producing the iPad Mini, and into the ludicrous argument that its own 7.85 inch form factor was somehow “in a whole different league” to the Nexus 7’s 7-inch chassis. Forbes described this at the time as: “more than a bit desperate. Apple is clearly playing catch-up here, and trying to position the iPad mini as nothing like the Nexus 7 or Kindle Fire only serves to make us realize that Apple actually does feel threatened by these devices that beat it to what has turned out to be a real market.”

Thanks to the Nexus 7 for helping define that space. And while no longer selling the devices directly, Google is still giving good support, with releases of factory images of the latest version of Android Lollipop, 5.1.1., for the Nexus 7 machines. And with remaining stocks still to shift from other suppliers, the Nexus 7 is going to be with us for a good while yet.