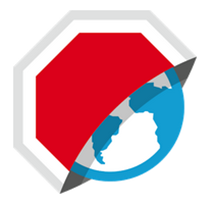 Just in time to make my last post look foolish for castigating them from keeping ad-blockers out of their store, Google and Apple have permitted an ad-blocking-equipped browser back into their Google Play and iTunes App stores. Available for both iOS and Android, the app is a stand-alone web browser with Adblock Plus ad blocking built in. (Apparently the architecture of mobile browsers doesn’t permit the use of plugins the way desktop browsers do.)

I’ve tried out Adblock Plus on my 2013 Nexus 7, and it certainly does what it says it does. It ably blocks ads on all the websites I’ve tried. It includes an option under its settings menu to permit “Acceptable Ads,” which are the ads that Eyeo, the maker of Adblock Plus, has determined to be sufficiently non-annoying to allow. (And also been paid (by larger companies) for allowing, which is why for my desktop browsing I just use plain old Adblock.) Fortunately, even these “Acceptable Ads” can be disabled.

There is also a checkbox in the three-dot options menu to toggle between blocking and not blocking ads on the site currently being viewed. (We hope you toggle that option off for TeleRead, folks!)

The one problem with the browser is that it seems to be remarkably slow. When I tried loading TeleRead or Slashdot with it, it took a good several seconds to render the pages. The Chrome browser was much faster (though, ironically, the ads were the last part of the TeleRead page to load), probably on account of being integrated into the operating system rather than added on. I’m not sure I would want to use Adblock Plus as my regular browser, though I’ll keep trying it out for a while to see if I change my mind.

The Digital Reader notes that at least one version of the Maxthon web browser also has ad-blocking capability. But when I tried installing it to try it out, I couldn’t find any ad-blocking options. I thought perhaps I had installed the wrong version—none of them specifically mention ad-blocking, except in the user reviews—but when I tried to go to Maxthon’s web site to find the documentation, the domain name didn’t resolve (and “Down For Everyone” agreed). Did someone forget to pay the registrar?

Regardless, it’s good that some form of ad-blocking is available to mobile users from within the official iOS and Android app stores now. But I’d prefer to see some sort of ad-blocking proxy made available, or even baked right into the operating system—something that could block ads from any browser, or even any non-browser application that served up ads by HTTP calls. But given how big a business mobile ads are these days, and given that Google is one of the biggest servers of advertising itself, I don’t expect I should hold my breath.