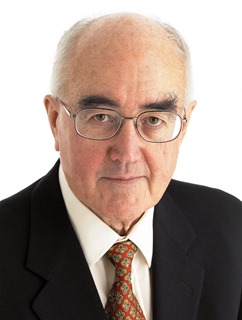 As I mentioned earlier, I’ve been doing more than a little digging into the works of historian, journalist, and futurist James Burke. Lately, I’ve come across some more recent predictions of his, concerning the future of scarcity. Given the way scarcity works with regard to e-books, it brings me to realize we may have even more interesting times facing us in a few decades.

Back in 1973—the very year I was born—Burke made some surprisingly forward-looking predictions about how the world might look in twenty to thirty years from then. Some of those predictions were pretty inaccurate, but others were remarkably close.

More recently, he’s made some predictions looking much further forward. In this 46-minute lecture and this “You Are Not So Smart” podcast interview (transcript here), Burke looks ahead another thirty or forty years. (In this Radio Times piece he looks 90 years ahead, but that’s a little outside my scope just now. I’ll return to it later.)

Burke’s big prediction is that nanotech will advance to the point where, in thirty years or so, we’ll have home fabrication devices capable of using nanotech to replicate literally almost anything—including themselves. This will render scarcity irrelevant, which will in turn render governments irrelevant as the main reason they exist is to help people deal with scarcity. In the podcast interview, Burke says:

So, what we have done is taught ourselves over history to be extremely proficient in dealing with the problem of scarcity. We’ve not dealt with it totally because we have scarcity, and there always has been scarcity, but we’ve mitigated the worst effects because our society hasn’t fallen apart. So, that is proof that we have mitigated the worst effects, because enough of us have survived.

The nanofabricator, making anything you wish from the molecular level up, atomic level up really, with raw material consisting mainly of dirt, air, and water, and a lot of carbon, which you get from acetylene gas. And of course, the minute you have a fabber, you make your own acetylene gas, you just need the first bottle.

If you look, you can see some of the roots of that kind of thing even now. My brother’s 3D printer, for example, has available schematics for improvements to its existing structure that can be built using the printer itself. But I’m more interested in e-books as they now exist as a model for the kind of problems we’ll face then with physical items.

Because at the moment, e-books (and, for that matter, other digital media) are a sort of predecessor of the post-scarcity society. With digital media, there is no need for scarcity—and when you have goods that are unencumbered, such as public-domain media, you can see that in operation. Anyone who wants a copy of Jane Eyre or A Tale of Two Cities or Barchester Towers need only click a link and boom: there they are.

As I originally wrote the above paragraph, I said “goods that are free,” but that just points out the way that our current way of thinking has trouble adapting to abundance. With digital media, every copy is “free.” But many works are encumbered by copyright. Even if they can be copied freely, doing so doesn’t pay the work’s creator (or at least owner) anything for the extra copy—so they end up retrofitted with digital rights management to impose artificial scarcity.

And with that artificial scarcity in place, the publishers impose high prices on those digital books, to enforce that scarcity further and possibly divert would-be buyers into buying physical goods that are legitimately scarce. Even on the e-books of Mr. Burke himself.

Most publishers desperately want to preserve yesterday’s scarcity-based business model but what they really need to do is acknowledge and embrace abundance, be willing to cannibalize yesterday’s revenue stream and focus on what really defines their brand for both authors and consumers. If you haven’t done so already, it’s time to read The Innovator’s Dilemma and think about how it applies to your business and the discovery challenge.

The abundance question is also why many consumers complain about publishers overpricing e-books—even publishers like Baen who price as low as $8 in new release. They know there aren’t any printing and distribution costs to encumber the e-book with extra expense, and want to see the lower costs reflected in a lower retail price. And many self-publishing authors do price their e-books just that way, at $5 to $6 or even less.

Publishers insist that the fixed costs of creating a book have to be shared out across the e-book version, too—but consumers often find that rationale hard to swallow when the e-book price of a new-release book usually costs more than the hardcover version on Amazon. The wholesale sales terms for physical goods permit Amazon to mark them down, but the agency arrangement for digital sales does not—and a big part of the reason the publishers felt justified in imposing agency pricing for digital was that there were no actual physical goods to change hands at wholesale rates. So, ironically, digital goods’ very abundance actually makes them cost more than the equivalent physical good. What kind of sense does that make?

That’s the situation we have when one specific type of good gains an abundant version: friction all over the place as everyone tries to reconcile the existence of abundant and scarce versions of the same good. Publishers continually express their contempt for Amazon as the chief purveyor of that digital abundance, while they’re still trying to prop up the old form of wood-pulp scarcity—even as Amazon is also one of the prime movers in selling those scarce goods, too.

If digital media can cause that kind of an uproar, what might James Burke’s predicted fabbers do to society? Burke largely bypasses the issue of societal upheaval in his 90-year look ahead, suggesting society will have adapted and changed dramatically over the course of six years or so after the fabber comes about, and go on to inventing bigger and better things. He does address it in some of the audio segments I’ve linked, though, suggesting that fabbers could cause massive unrest by making it possible for people to create all sorts of weaponry in their own homes—even potentially nuclear weapons. (You do see some people making handguns with 3D printers now, but even that is necessarily primitive and usually done to make a point rather than create an actually useful weapon.)

I’m not so sure I’m with Burke that far, but his prediction for the collapse of government in favor of individual fabber-enabled self-sufficiency does put me in mind of Vernor Vinge’s classic libertarian-anarchist short story “The Ungoverned.” It seems to exist in that kind of society even as the question of fabbers isn’t actually addressed. Whatever happens, I hope I’m still around to see it.

But the way this one limited form of abundance is causing such friction with the rest of society now does suggest that when and if fabbers happen, it’s going to shake society in a way it hasn’t been shaken since the invention of the printing press.

The printing press was the first major invention that made it possible to duplicate and disseminate ideas with much less scarcity than had existed before. The Internet and computers have done the same thing, removing scarcity altogether to the point where publishers had to impose it artificially. The fabber could do that for physical objects. And how do you impose scarcity on physical objects when people can just make their own?

I expect there will be attempts at holding back the tide with legislation—the way the DMCA makes it illegal to bypass the artificially-imposed scarcity of DRM. But I also expect people will go ahead and ignore those laws in the privacy of their own homes—just as they can do now with DRM.

Will we see governments actually fall and be replaced by a new libertarian society? I’m somewhat dubious of that proposition. But if there’s one thing history shows us—that James Burke has shown us through his “alternative view of history”—it’s that change on that order is utterly unimaginable until it happens. But after it has happened, in hindsight it was inevitable.